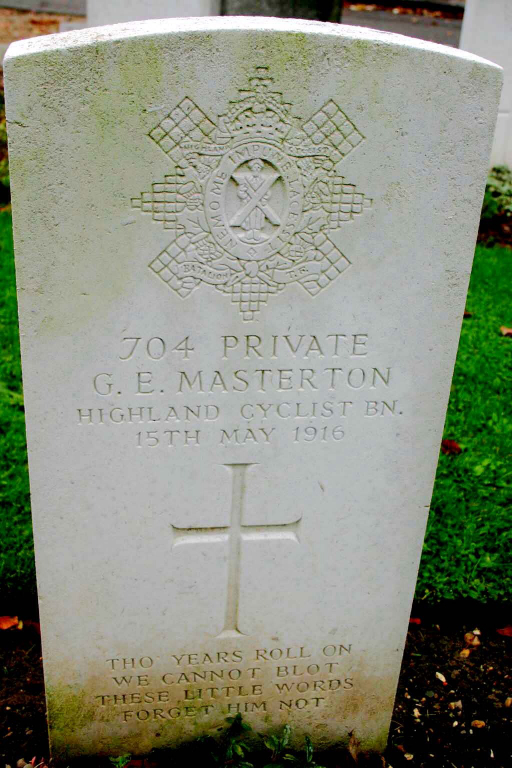 George was enlisted in the 3rd/1st Highland Cyclist Battalion which was raised in Kirkcaldy but may have recruited elsewhere. Army Cyclist Corps battalions were largely home based cycle mounted infantry although some were posted to the European theatre as replacements for conventional infantry or Machine Gun battalions. It is thought that Private Masterton may have been posted as he is recorded as having been killed in action near Arras on 15th May 1916.

Can you tell us more about George Ellis Masterton? Some additional facts, a small story handed down through the family or perhaps a picture or an heirloom you can share online. Contact our curator...