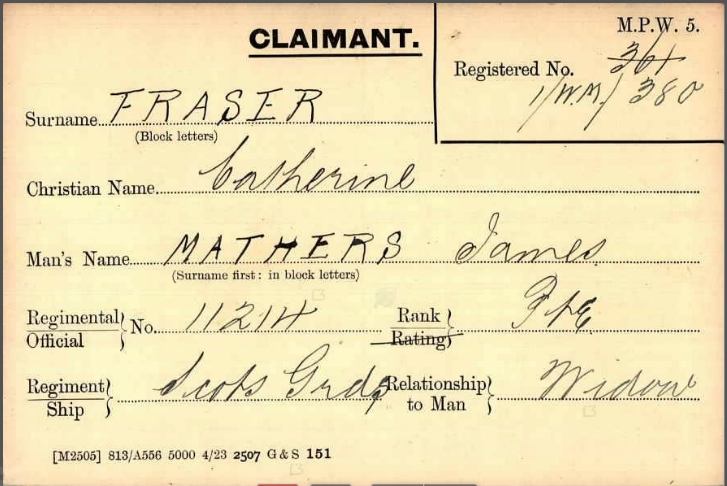 For almost three months the relatives of Private James Mathers, 2nd Scots Guards, have been in suspense as to his fate.  His wife, who resides at Tayview Buildings, Church Street, Broughty Ferry, along with her two children, yesterday received official intimation that her husband was killed in action at Festubert on 16th May.  Private Mathers, who enlisted at the outbreak of war, was formerly employed on the Dundee tramways.

Can you tell us more about James Mathers'? Some additional facts, a small story handed down through the family or perhaps a picture or an heirloom you can share online. Contact our curator...