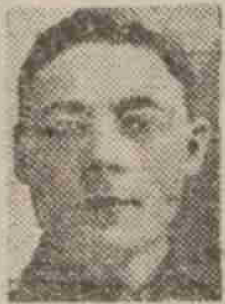 Private Mathers is recorded to have died in a Prisoner of War camp near Kassel in Germany. He was the brother of Pte Edward Mathers, 29554, Royal Army Service Corps, who also served and is believed to have returned home safely.

MATHERS―At the Prisoners of War Hospital, Darmstadt, Germany, on 16th October 1918, James Mathers, eldest son of the late Edward Mathers and of Rachel Mathers, (cause of death not stated). – Inserted by his sorrowing mother, sister, and brothers.

Can you tell us more about James Mathers'? Some additional facts, a small story handed down through the family or perhaps a picture or an heirloom you can share online. Contact our curator...