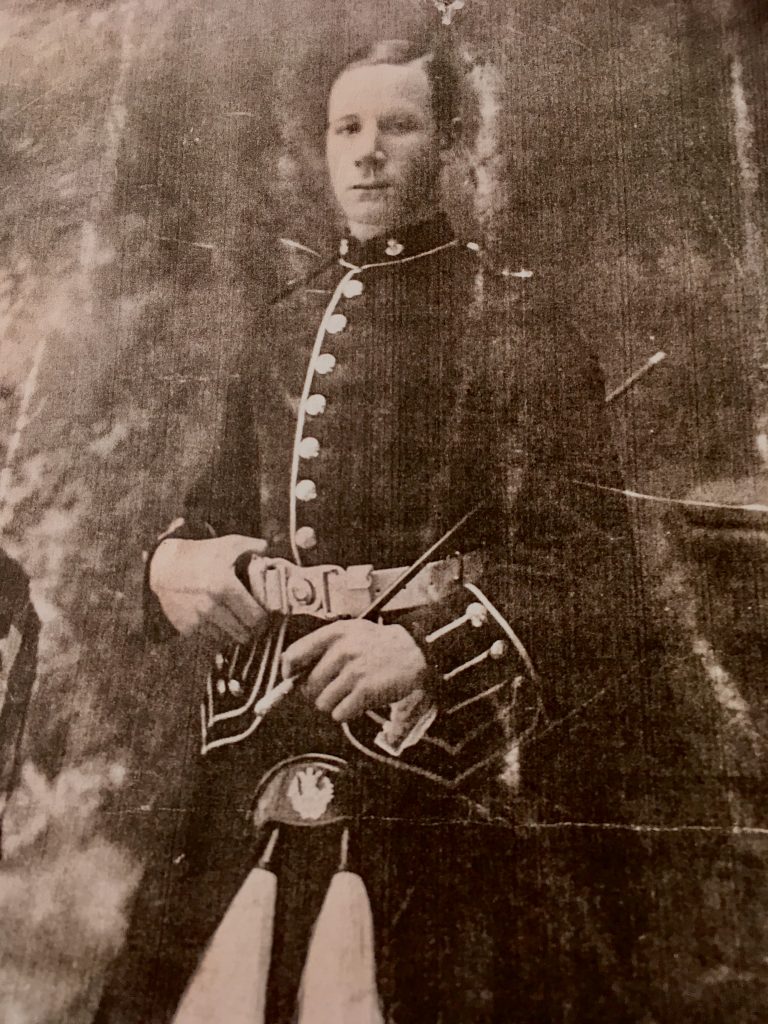 Frederick is not listed on the C.W.G.C. His surname was originally McAnsh but this  was apparently changed to McAINSH when Frederick was admitted to the Baldovan Industrial School in Dundee on 7 May 1900, the family are recorded as residing at 25 Whittons Rd, Hawkhill, Dundee at this time.

Frederick enlisted with the Cameron Highlanders 13.01.1912 with the regimental No 9223. When war broke out he was posted overseas, he was wounded and sent home to recuperate and was discharged from the Camerons 05.09.1916. In 1917 Fred re-enlisted, this time in the Royal Garrison Artillery. Fred died of a Cerebellar Abscess in Liverpool in 1924, leaving behind a wife and 3 children.

Can you tell us more about Frederick McIntosh McAinsh'? Some additional facts, a small story handed down through the family or perhaps a picture or an heirloom you can share online. Contact our curator...