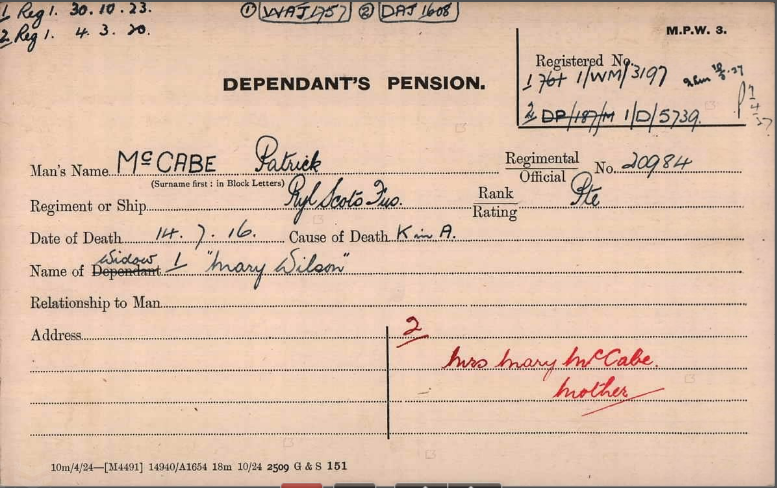 Patrick has no known grave but is remembered on the Thiepval Memorial.

Private McCabe enlisted in February last, and was at the front for about four months.  He was prior to enlistment employed in the Trades Lane Calendering Company, Limited, Dundee.

Can you tell us more about Patrick Francis McCabe? Some additional facts, a small story handed down through the family or perhaps a picture or an heirloom you can share online. Contact our curator...