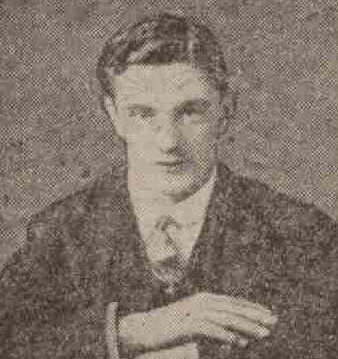 Thomas has no known grave but is remembered on the La Ferte Memorial.

KILLED IN THE BATTLE OF THE RIVERS.

Private Thomas McCreadie, of the 1st Cameron Highlanders, whose home was at 119½ Hilltown, Dundee, has met his death on the battlefield in France.

The news was received by his Aunt, with whom McCreadie resided when in Dundee.  Private McCreadie was attached to the officers’ mess, and a letter from a sergeant in the regiment bears testimony to the high regard in which the brave Dundee soldier was held by the officers and men.  The letter was sent to Private McCreadie’s Aunt, and is in the following terms :–

“This is to inform you that your nephew was killed on the 25th October by the enemy’s shell-fire.  I am instructed by the officers of the regiment to say how deeply they feel his loss, as, being constantly among them, he was very popular, and his willingness and devotion to work were much appreciated.  I would also like to convey the sympathy of the officers’ mess staff, with whom he was very popular, and myself.”

The letter is signed A. E. Huskie, sergeant.

Can you tell us more about Thomas McCreadie'? Some additional facts, a small story handed down through the family or perhaps a picture or an heirloom you can share online. Contact our curator...