We need you to tell us more about the life and times of David L. McDermott 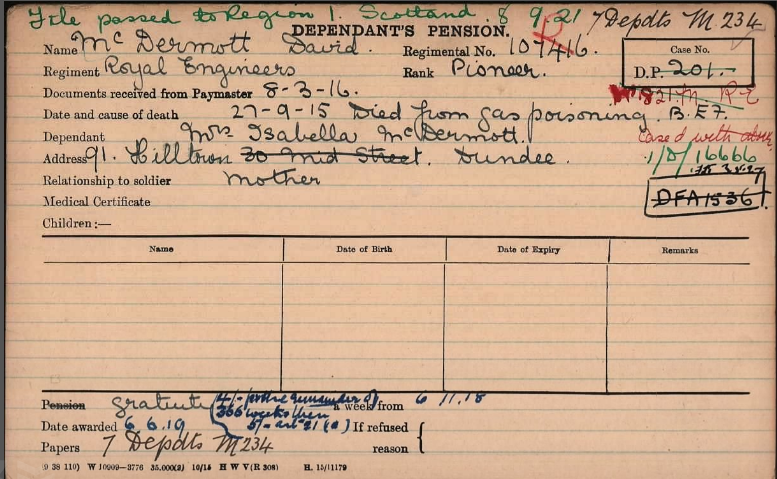 David has no known grave but is remembered on the Loos memorial. S.D.G.W. list David’s regimental No as 10246.

Deceased, who had been in the 2nd Gordon Highlanders for about nine years, was a signaller, and had been in France since the outbreak of war.  He was home on furlough about two months ago, and on his return he was attached to the Guards Signalling Company of the Royal Engineers.

Can you tell us more about David L. McDermott'? Some additional facts, a small story handed down through the family or perhaps a picture or an heirloom you can share online. Contact our curator...