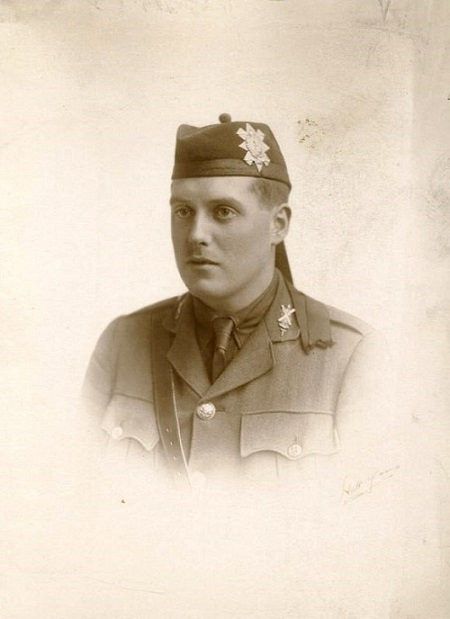 Donald has no known grave but is remembered on the Thiepval Memorial.

IN A CHARGE BY THE BLACK WATCH.

News has come to hand of the death in action of Second-Lieutenant Donald Fraser McEwan, Black Watch.

Second-Lieutenant McEwan, who was the only son of Mr Robert A. M’Ewan, Mainsfield, 19 Lammerton Terrace, Dundee, was killed during a charge in which his regiment took part.

The deceased officer was educated at Dundee High School and Morrison’s Academy, Crieff, and while at the latter he was in the Officer’s Training Corps for three years.  After he had completed his education, he obtained a position on the staff of Messrs Moody Stuart & Robertson, chartered accountants, 22 Meadowside.

Second-Lieutenant McEwan, was at the front for five months, and was on leave about two months ago, when he was in the best of health.  He was 21 years of age.

Can you tell us more about Donald Fraser McEwan'? Some additional facts, a small story handed down through the family or perhaps a picture or an heirloom you can share online. Contact our curator...