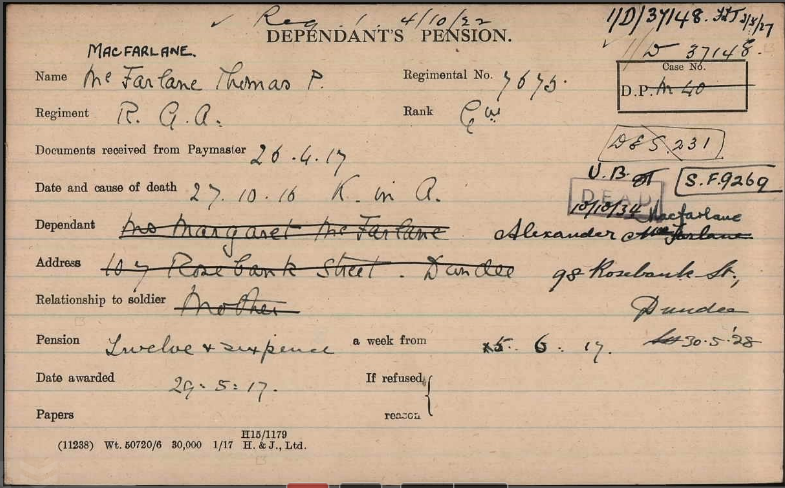 This man is listed as McFarlane on the original Dundee Roll of Honour.

Mr Alexander Macfarlane, 101 Rosebank Street, Dundee, has received intimation of the death in action of his son, Gunner Thomas P. Macfarlane, of the Royal Garrison Artillery.  He was 26 years of age, and before enlisting in November of last year he was an employee of Stevenson Brothers, Dundee Dyeworks.  Gunner Macfarlane had been at the front for several months.

Can you tell us more about Thomas Petrie Macfarlane'? Some additional facts, a small story handed down through the family or perhaps a picture or an heirloom you can share online. Contact our curator...