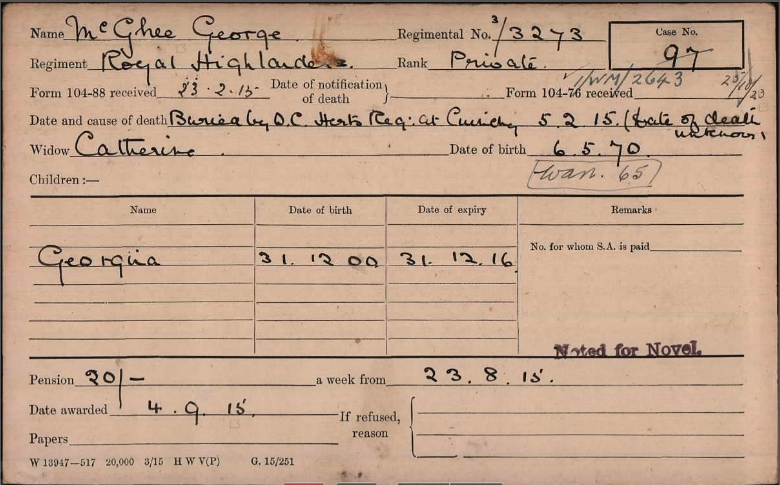 George has no known grave but is remembered on the Le Touret Memorial. According to his pension record George was buried by the Officer Commanding, Herts Regiment at Cuinchy, 05.02.1915.

A letter from the adjutant of the 1st Herts Regiment has been received by Mrs McGee, 41 William Street, informing her that the body of her husband, Private George McGhee, was found lying in an exposed position in front of the firing line on 25th January.  Some men of the company dug a grave in which he was interred, and a wooden cross was erected to mark the place of his interment.

Private McGhee was in the National Reserve, and re-enlisted in the Black Watch.  He was 38 years of age, and employed as a jute batcher with Thomson, Shepherd, & Co., Limited, Seafield Works.

Can you tell us more about George McGhee'? Some additional facts, a small story handed down through the family or perhaps a picture or an heirloom you can share online. Contact our curator...