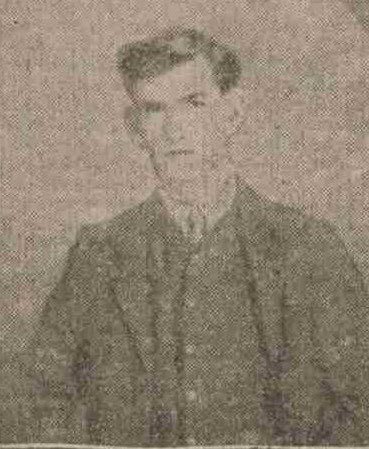 Bernard has no known grave but is remembered on the Menin Gate Memorial. He served under the name of SMITH William.

Private Bernard M’Govern of the 1st Cameron Highlanders, a brother-in-law of Private M’Lellan, was also reported missing on the same day—11th November.  Private M’Govern resided at 2 Burnett Street, Dundee.  He is 27 years of age, and is married.

Private Bernard M’Govern, of the 1st Cameron Highlanders, whose relatives reside at 2 Burnett Street, is also reported missing since 11th November.  Private M’Govern was a reservist, and was previously employed as a batcher at Hillbank Works (Messrs James Scott & Sons, Limited).

Private Bernard M’Govern, 1st Cameron Highlanders, who was reported missing since 11th November, 1914, is now reported to have been killed on that date.

His wife, who resides at 2 Burnett Street, Dundee, has received the official intimation of his death.  Deceased, who was 30 years of age, was called up as a reservist, and had served eight years in his regiment.  Previous to being called to the colours Private M’Govern was employed as a batcher by Messrs James Scott & Sons, Ltd., Hillbank Works.

Can you tell us more about Bernard McGovern'? Some additional facts, a small story handed down through the family or perhaps a picture or an heirloom you can share online. Contact our curator...