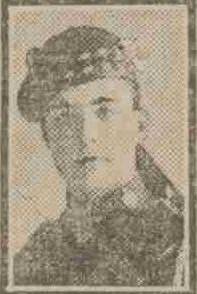 Private Geo. McGowan, Yorkshire Hussars, second son of Mr and Mrs Geo. McGowan, 21a Park Avenue, Dundee, died of malaria on 7th December while on service with the Egyptian Expeditionary Force.  On attaining the age of eighteen in May, 1915, Pte. McGowan joined the Scottish Horse, but was subsequently transferred to the Yorkshire Hussars.  He sailed overseas on 23rd June, 1916.

Deceased was previously employed with Messrs Samson & Unna, jute and linen merchants, Caxton House, Cowgate.  He was a member of the 15th Company (Ogilvie Church) Boy’s Brigade.  Mr and Mrs McGowan have two sons in the army, one in the Royal Engineers and the other in the Royal Flying Corps.

Can you tell us more about George McGowan'? Some additional facts, a small story handed down through the family or perhaps a picture or an heirloom you can share online. Contact our curator...