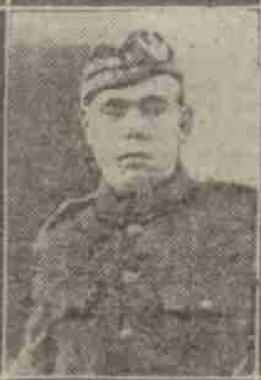 Private Patrick McGrann, of the Seaforth Highlanders, who has been killed in action, was the only son of Mrs McGrann, 8 South Mid Street, Lochee, and was in his twenty-sixth year.  He enlisted in October, 1916, and had been eight months in France.  In April he was wounded.  Private McGrann was formerly employed in Camperdown Jute Works.

Can you tell us more about Patrick McGrann'? Some additional facts, a small story handed down through the family or perhaps a picture or an heirloom you can share online. Contact our curator...