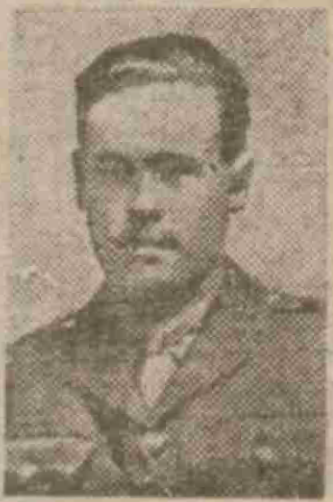 Second Lieutenant McGregor of the 4th Black Watch was attached to the 7th Bn. when was killed in action on 11th April 1918. Prior to the war he was employed at Thomson, Fearns & Co. Dundee.

Second-Lieutenant Alexander McGregor, Black Watch, killed in action on the 11th April, is the youngest son of the late John McGregor, Glamis, and Mrs McGregor, Bridgefoot.

Can you tell us more about Alexander McGregor'? Some additional facts, a small story handed down through the family or perhaps a picture or an heirloom you can share online. Contact our curator...