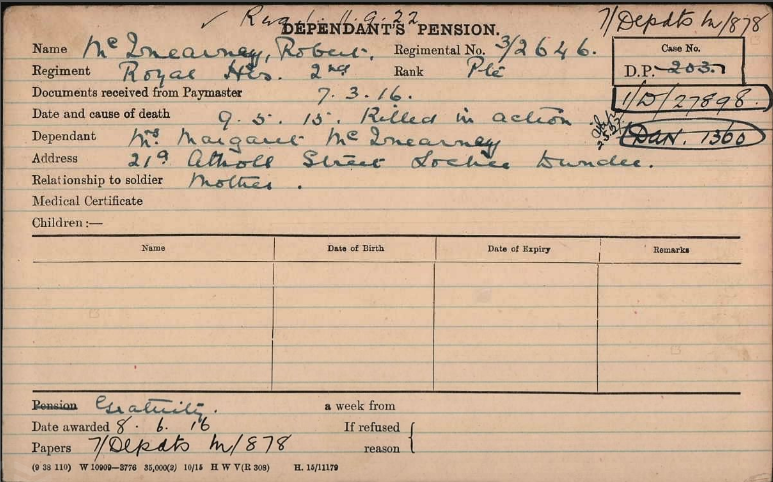 Mrs M’Inearney, who resides at 49 Burnside Street, Lochee, has received a letter from a lieutenant intimating the death in action of her son Private  M’Inearney.

The letter says :–“It is with deep regret that I have to inform you of the death in action of your son.  He was killed on Sunday, 9th May, during a brave but unsuccessful attack on the German trenches.  The loss is keenly felt by his comrades.  He was a man whom all trusted and respected.”

Private  M’Inearney, who was 17 years of age, enlisted in the 3rd Black Watch on the outbreak of war, but before proceeding to the front was drafted into the second battalion.  He was previously employed as a millworker.

Can you tell us more about Robert McInearney'? Some additional facts, a small story handed down through the family or perhaps a picture or an heirloom you can share online. Contact our curator...