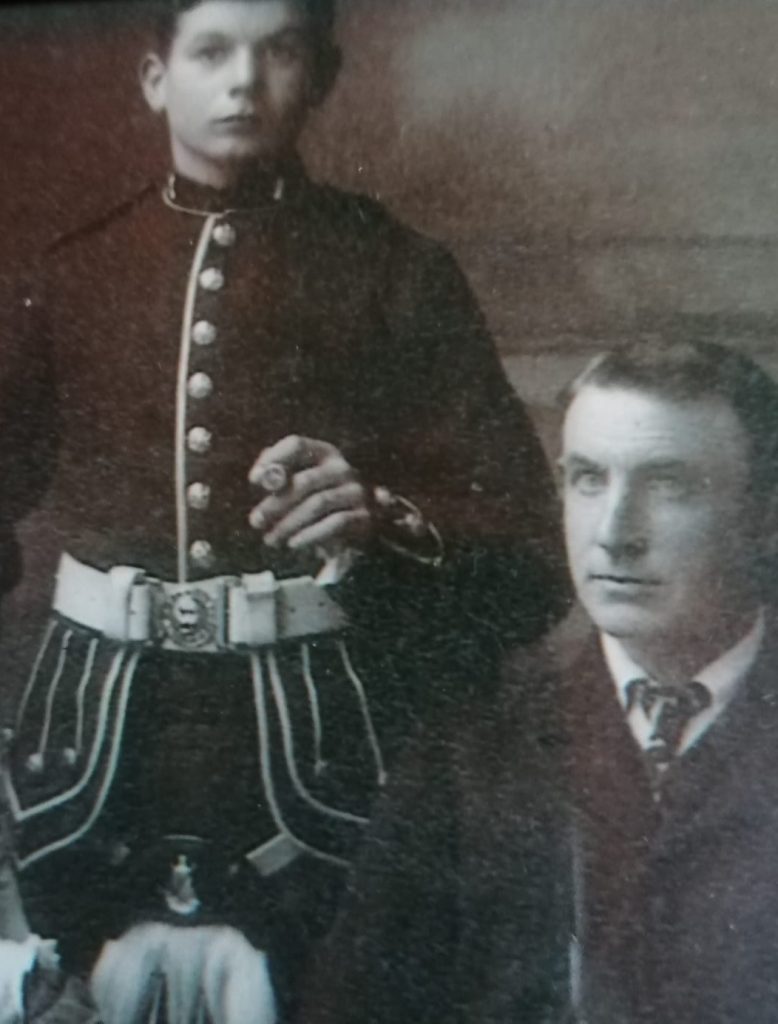 David and his father John (image courtesy of David McDermott)

David is believed to be the brother of Sapper John McInroy, WR/21812, 309th Coy, Royal Engineers.

Killed at the Front.

Lance-Corporal David McInroy, 2d Black Watch, was killed in action in France on 29th October, being shot in the trenches.  He was the eldest son of Mr John McInroy, Castle Street, Broughty Ferry.  The deceased soldier was the feather-weight boxing champion of his regiment in India.

Mr John McInroy, Mission Buildings, Castle Street, Broughty Ferry, yesterday received the sad intelligence that his son, Lance-Corporal David McInroy, had been killed in action on the 29th October.  The news was contained in a brief note from the chaplain stating that M’Inroy had been shot through the neck.

Lance-Corporal McInroy was a bleachfield worker at Panmurefield, previous to enlisting two years ago.  His regiment was the 2d Black Watch, which formed part of the Indian Division.

The deceased was noted for his skill as a boxer, and won many competitions, being champion feather-weight of his regiment.  His father, it may be noted, enjoyed a more than local reputation as a boxer a few years ago.

Can you tell us more about David McInroy'? Some additional facts, a small story handed down through the family or perhaps a picture or an heirloom you can share online. Contact our curator...