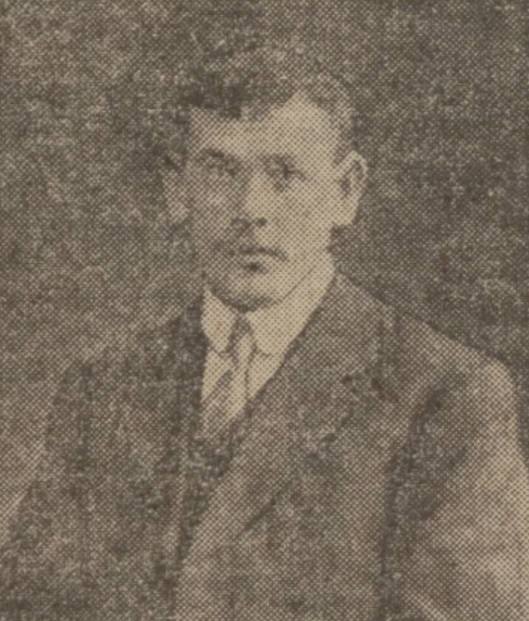 Alex has no known grave but is remembered on the Le Touret Memorial.

WIDOW AND THREE CHILDREN MOURN LOSS OF PRIVATE OF 4TH BLACK WATCH. A widow and three children are left to mourn the loss of Private Alexander M’Intosh, 4th Black Watch, who was killed in action on 9th inst.
The first imtimation of Private McIntosh’s death was contained in a letter which Private Alexander Evans sent to his relatives in Dundee, and Mrs McIntosh, who resides at 1 Annfield Street, lived in the hope that the announcement would not prove true. Other two members of the battalion, however, mentioned in letters that they had helped in the burial of Private McIntosh, and finally his cousin, Private D. Smith, confirmed the news.
Writing under date of 20th inst., he said: – “We have been a long time in the trenches this time, and it has been a very hard time. It began with a big fight, and a large number of the battalion were either killed or wounded. I am very sorry to tell you that our cousin, Alexander McIntosh, was killed. His company was in a charge. One good thing is that he could not have suffered much as he was killed outright. He was shot between ours and the German lines. Alex. Beattie is in hospital. His ankle is broken. The fight was a terrible one. I am glad to say I came out without a scratch.”
Private Alex. Beattie is a brother-in-law of Private McIntosh, who was 33 years of age, and joined the 4th Black Watch in October. He was formerly employed as a hose-pipe weaver. He enlisted in the Imperial Yeomanry for the South African War, and the regiment was on its way to the front when peace was declared. Private McIntosh was also an enthusiastic Freemason, being a member of Lodge Progress, Dundee. The Courier, Wednesday, 26 May 1915, 6.

Can you tell us more about Alexander McIntosh'? Some additional facts, a small story handed down through the family or perhaps a picture or an heirloom you can share online. Contact our curator...