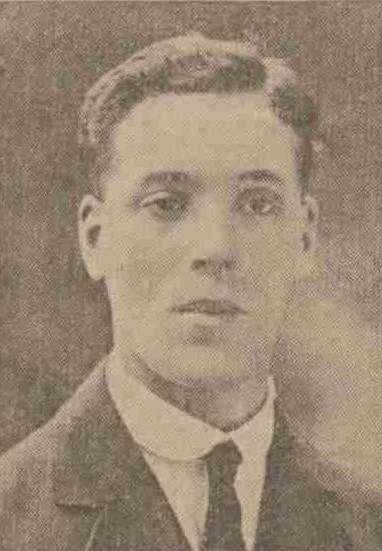 Thomas has no known grave but is remembered on the Thiepval Memorial.

The sad news of the death in action on 20th August of their eldest son, Rifleman Tom M’Kay, of the King’s Royal Rifles, has been received by Mr and Mrs James M’Kay, “Ancona”, Murray Street, Dundee.

Rifleman M’Kay enlisted in March of this year, and was sent out to the front in June.  A month later he sustained a slight wound, but after a short time in hospital was able to rejoin his regiment.  The deceased soldier, who was 23 years of age, was prior to enlistment employed as a foreman fruit preserver by Lindsay & Low, Ltd., Dundee, of which Mr M’Kay is manger.

Can you tell us more about Thomas McKay'? Some additional facts, a small story handed down through the family or perhaps a picture or an heirloom you can share online. Contact our curator...