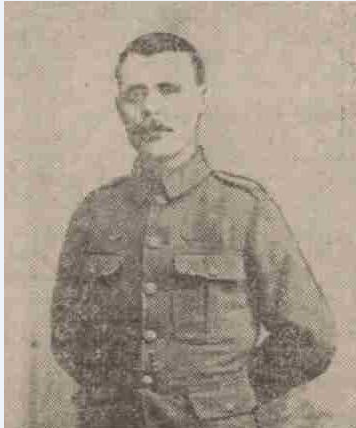 Mrs M’Kenna, 7 Pole Street, Lochee, has received official intimation that her husband Private Hugh M’Kenna, 12th Royal Scots (Kitchener’s Army) has died of wounds.  He was wounded on 25th September, and died in hospital in England on 12th inst.  Private M’Kenna, who was 29 years of age, previously served in the Black Watch.

Can you tell us more about Hugh McKenna'? Some additional facts, a small story handed down through the family or perhaps a picture or an heirloom you can share online. Contact our curator...