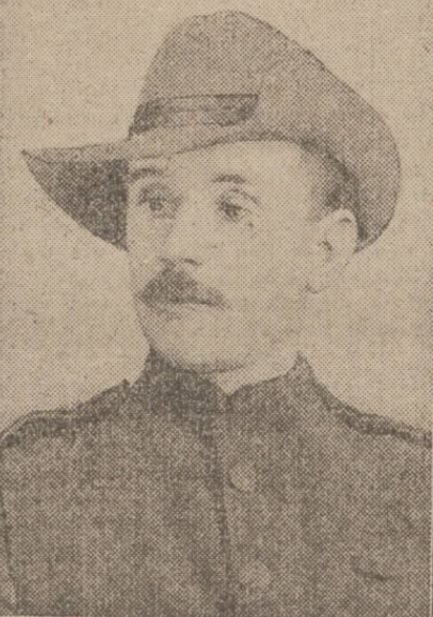 On 26 May 1915, Mrs Jessie McKenzie, 67 Peddie Street, Dundee, received official intimation that her son, 1852 Pte. Duncan McKenzie, 4th Cameron Highlanders, had been killed in action at the Aubers Ridge on 9 May 1915.
Duncan was a former regular soldier. Born in Aberfeldy, he was employed by Justice & Sons, upholsterers, Dundee, before moving to Nairn. He re-enlisted on the outbreak of war, joining the 4th Camerons in Inverness.
Pte. McKenzie is buried in Rue-du-Bois Military Cemetery, Fleurbaix, Pas de Calais, France, III. D. 13.
He was 42 years of age.

DUNDEE CAMERON WHO SERVED IN BOER AND ZULU WARS IS KILLED. “I went through the Boer War and Zulu War and was never hit, and I don’t think the Germans will manage to get me on this one.”
These were the words of Pte. Duncan M’Kenzie, 4th Cameron Highlanders in bidding farewell to his relatives in Dundee prior to proceeding to the front, but the Germans have unfortunately “managed to get him.”
His widowed mother, who resides at 67 Peddie Street, Dundee, yesterday received official intimation that he was killed in action on 9th inst.
Pte. M’Kenzie, who was 42 years of age, was employed as an upholsterer with Thos. Justice & Sons, Ltd., Dundee. Four years ago, however, he removed to Nairn, where he enlisted at the outbreak of the war. The Courier, Thursday, 27 May 1915, 4.

Can you tell us more about Duncan McKenzie'? Some additional facts, a small story handed down through the family or perhaps a picture or an heirloom you can share online. Contact our curator...