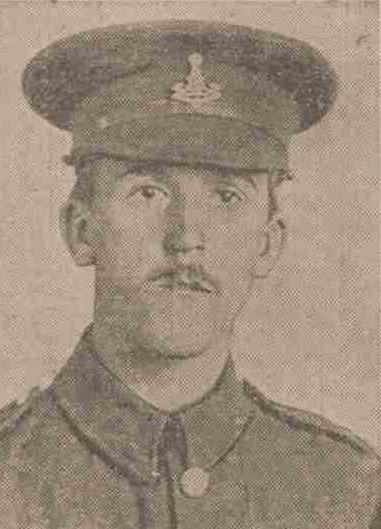 Mrs Donaldson, 25 Hill Street, Dundee, has just received the sad news that her grandson, Private John D. McKenzie, of the Yorkshire Regiment, was killed in action on the 10th July of this year.  Prior to enlistment Private McKenzie was a shipyard employee at Jarrow.  While in Dundee he was employed by J. & A. D. Grimond, Limited, Bowbridge Works.  Private McKenzie was a keen Territorial, but previous to going to Jarrow received his discharge.

Can you tell us more about John Donaldson McKenzie'? Some additional facts, a small story handed down through the family or perhaps a picture or an heirloom you can share online. Contact our curator...