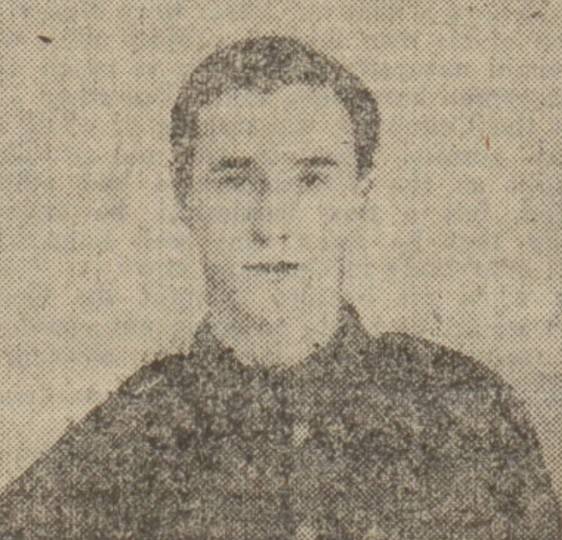 She has also received a letter from her son himself in which he says that he had been engaged in the firing line with a working party, and was just leaving the trench when he was hit by a stray bullet.

Private M’Lean is only eighteen years of age.  He served with the Dundee Territorials for three years, and prior to the war was employed in Dens Works (Baxter Bros. & Co., Ltd.).  His brother, Private John M’Lean, 1/5th Black Watch, was invalided home some time ago, and is now attached to the second line.

On 16 July 1916, 1463 Pte. Thomas McLean, 4/5th Black Watch, was killed in action in France, aged 19. His obituary reveals he was the victim of a German sniper.
McLean was born in Dundee, was formerly employed by Baxter Bros., and had been wounded at Loos while serving with ‘Dundee’s Own’.
He was a son of Thomas and Mary McLean, 5 William Lane, and is buried in Gorre British and Indian Cemetery, Pas de Calais, France, II. B. 9.

DUNDEE TERRITORIAL KILLED BY SNIPER. Intimation has been received of the death in action of a Dundee Black Watch Territorial in the person of Private Thomas McLean, son of Mrs Thomas M’Lean, 5 William Lane.
Deceased was only a lad of nineteen years, but he had been on active service for the past sixteen or seventeen months. He was previously wounded at the Battle of Loos. Private McLean, it is reported, fell a victim to a sniper on 16th inst. Prior to the war he was in the employment of Messrs Baxter Bros. A brother of the deceased, Private James McLean, also belongs to the Black Watch. The Courier, Friday, 28 July 1916, 4.

Can you tell us more about Thomas McLean'? Some additional facts, a small story handed down through the family or perhaps a picture or an heirloom you can share online. Contact our curator...