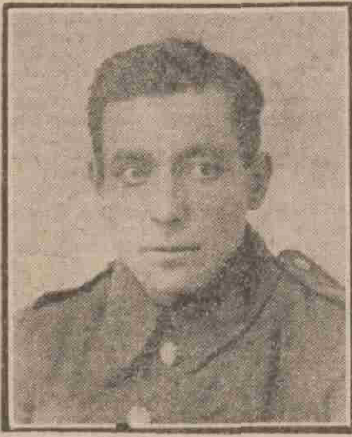 Information has been received by Mrs Taylor, 108 Brook Street, of the death of her son, Peter J. M’Manus, Royal Berkshire Regiment, who was killed in action with the Expeditionary Force in France on the 20th April.  He was 26 years of age.  Private M’Manus came home from South America in order to enlist at the beginning of the war.

Can you tell us more about Peter Joseph McManus'? Some additional facts, a small story handed down through the family or perhaps a picture or an heirloom you can share online. Contact our curator...