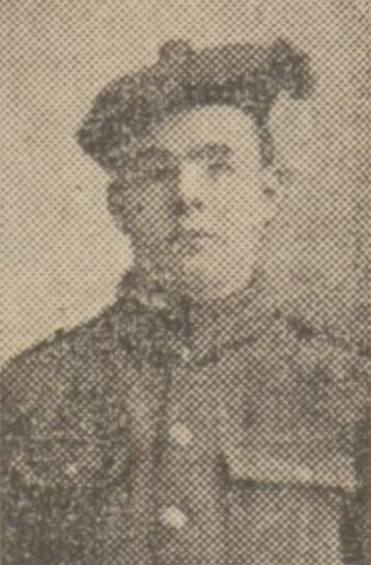 Alfred has no known grave but is remembered on the Thiepval Memorial.

DUNDEE SOLDIER KILLED. Mrs M’Murchie, 18 Bruce Street, Dundee, has received official intimation that her son, Private Alfred M’Murchie, Black Watch, has been killed in action. Private M’Murchie was in his 20th year. He joined the Black Watch about two years ago, and had been at the front for a considerable time. Prior to enlistment Private M’Murchie was employed as a millworker. The Courier, Thursday, 21 September 1916, 4.

Can you tell us more about Alfred McMurchie'? Some additional facts, a small story handed down through the family or perhaps a picture or an heirloom you can share online. Contact our curator...