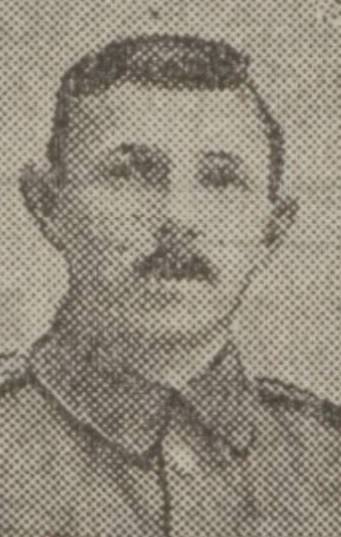 Robert is believed to be a former pupil of Grove Academy, Broughty Ferry.
On 28 August 1917, S-29629 Pte. Robert M’Pherson, 6th Cameron Highlanders, was killed by a sniper, aged 36. He had only been at the front for six weeks.
His wife lived at 22 Catherine Street Dundee, and before the war he had been employed by Baxter Brothers for more than 20 years.
Pte. M’Pherson is buried in Bedford House Cemetery, West-Vlaanderen, Belgium.DUNDEE HIGHLANDER KILLED. Official intimation has been received by Mrs Robert McPherson, 22 Catherine Street, Dundee, that her husband, Private Robert McPherson, Cameron Highlanders, was killed by a sniper on August 28. Private McPherson, who was 36 years of age, enlisted in March, 1917, and had only been out at the front for six weeks.
Previous to enlistment Private McPherson was in the employment of Henry Boise & Co., Limited, for over 20 years. The Courier, Saturday, 22 September 1917, 3.

Can you tell us more about Robert McPherson'? Some additional facts, a small story handed down through the family or perhaps a picture or an heirloom you can share online. Contact our curator...