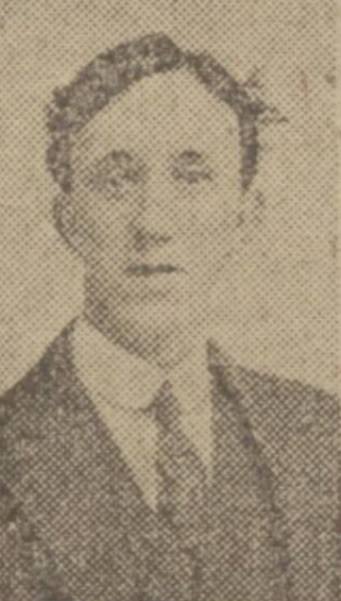 TRAGIC COINCIDENCES OF FATE. Private T. Meekison, son of Mrs Follon, 68 Cowgate, was 22 years of age. His father, the late David Meekison, marine engineer, was drowned some 20 years ago. It is perhaps an instance of the sometimes remarkable peculiarities of fate that Private Meekison should have enlisted in September, 1914, been wounded at Loos the following September, while he met his death in the same month of this year.
Deceased gets a splendid character from his platoon officer, who in a letter to Mrs Follon states that Private Meekison was a great favourite, and he liked to think of him as one of his good friends. He had a real sense of devotion to duty, the finest quality of a good soldier. The officer also states that a shell was the cause of Private Meekison’s death, which was instantaneous.
Deceased previous to enlistment was a fireman in the employ of the North British Railway Company. The Courier, Friday, 15 September 1916, 4.

Can you tell us more about Thomas Meekison'? Some additional facts, a small story handed down through the family or perhaps a picture or an heirloom you can share online. Contact our curator...