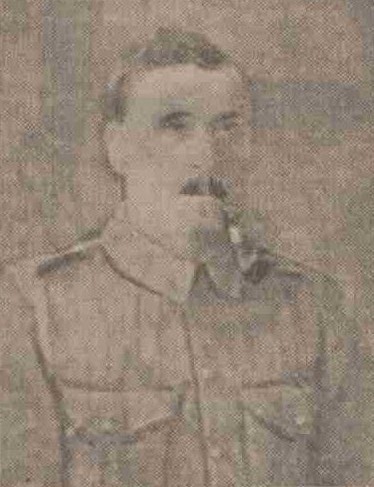 Intimation has been received by Mr Andrew Meldrum, 111 Hawkhill, of the death from wounds on November 18th of his son, Private W. Meldrum, of the Dragoon Guards.  Private Meldrum came with his regiment from Egypt soon after the outbreak of hostilities, and proceeded to the front immediately.  Up to the time of joining the army, about five years ago, he was connected with the Ward Road Wesleyan Methodist Church, and was held in the highest respect by all who knew him.

“Mother it is awful!”  In this brief but expressive sentence, Private William Meldrum, 3rd Dragoon Guards, concluded his last letter to his parents, who reside at 111 Hawkhill, Dundee.  A few days later it was learned through a companion in the regiment that he had been wounded.  This companion in a second letter wrote that “Willie has died of wounds.”  Mr Andrew Meldrum, the father of the young man at once got into communication with the War Office authorities.  For over a week no reply was forthcoming to his inquiry, but the suspense which the report occasioned has now been brought to an end by the receipt of an official message from the War Office which stated that Meldrum died of wounds on 18th November.

Deceased was 24 years of age, and was a very handsome young fellow, standing as he did over 6 feet high.  He was apprenticed to the grocery trade in Dundee, but had only completed his training when, along with some companions, he decided on enlisting.  He joined the 3rd Dragoon Guards, and half of his five years’ service had been spent in Egypt, where he was stationed when war broke out.  He was an only son, and deep sympathy will be felt for his sorrowing parents, who were looking forward to a visit from him during this festive season, in their sad bereavement.

Can you tell us more about William Meldrum'? Some additional facts, a small story handed down through the family or perhaps a picture or an heirloom you can share online. Contact our curator...