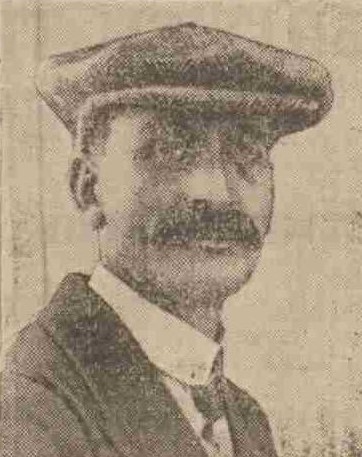 H.M.S. Vita was a passenger liner which was converted to a troop ship and then a hospital ship during the Great War, she also saw service during ww2, she was finally scrapped in 1953.

DIES OF SUNSTROKE ON ACTIVE SEVICE.

Mr David Menzies, a member of the Royal Flying Corps, has died of sunstroke.

Menzies, who belonged to Dundee, was for years connected with the Broughty Ferry Tramways, and was an inspector when he left to take over the duties of chief inspector of Dunfermline and West Fife Tramways when that service was instituted.

A year ago he enlisted in the Flying Corps, and was attached to the Indian Expeditionary Force.  His wife predeceased him over a year ago, and he leaves one daughter, who is nine years of age.  His mother resides at Broughty Ferry.

Can you tell us more about David Menzies'? Some additional facts, a small story handed down through the family or perhaps a picture or an heirloom you can share online. Contact our curator...