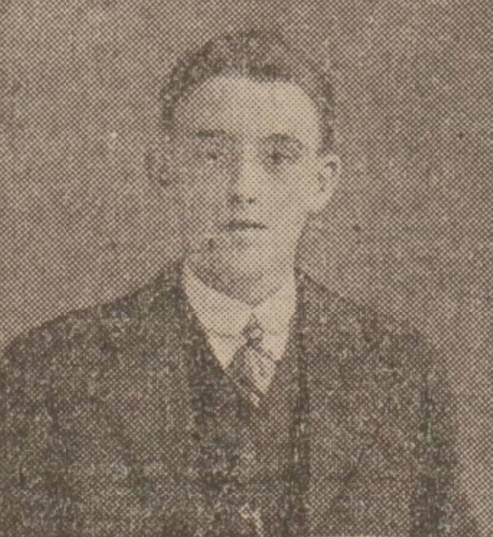 DUNDEE ROYAL SCOT KILLED IN ACTION. Official intimation has been received by Mrs Menzies, 29 Rosefield Street, Dundee, that her son, Private W. Menzies, Royal Scots, was killed in action on 14th July. Private Menzies, who was 22 years of age, enlisted fifteen months ago, and was at the front for about ten months. He was formerly employed as a second overseer by Messrs A. P. Mathewson & Co., Grove Mills, Dundee. He had been with that firm for seven years, and gave up a good position to do his “bit.” The Courier, Monday, 14 August 1916, 4.

Can you tell us more about William Menzies'? Some additional facts, a small story handed down through the family or perhaps a picture or an heirloom you can share online. Contact our curator...