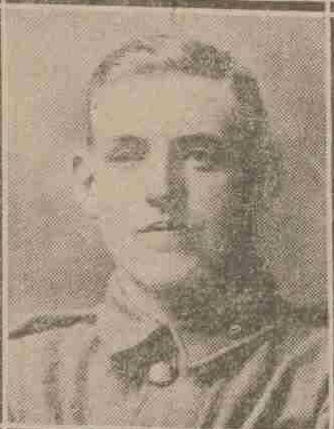 In a letter to his mother a comrade states that he was killed instantaneously, and was buried in a little regimental cemetery.  A brother of the deceased Private Peter Millar, is serving with the K.O.S.B., and is awaiting orders for active service.

Can you tell us more about George Miller'? Some additional facts, a small story handed down through the family or perhaps a picture or an heirloom you can share online. Contact our curator...