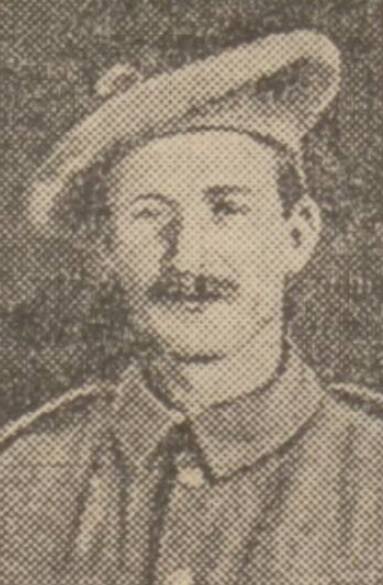 DUNDEE SOLDIER KILLED. News has come to hand of the death in action of Pte. F. Mills, of the Black Watch. Pte. Mills, who was 35 years of age, was before the war an ardent Territorial. His time expired, however, before hostilities broke out, but he re-enlisted in the Black Watch, and speedily proceeded to the front. Private Mills was a widower, and he leaves a family of five to mourn his loss. The Courier, Wednesday, 13 September 1916, 4.

Can you tell us more about Frank Mills'? Some additional facts, a small story handed down through the family or perhaps a picture or an heirloom you can share online. Contact our curator...