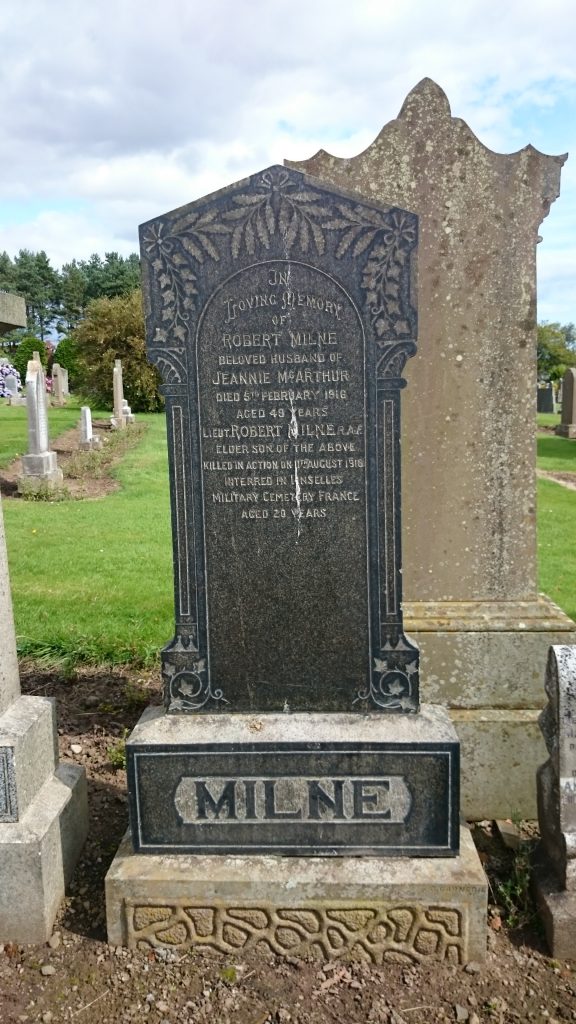 Robert was an Observer on board DH9 C2199 when he was killed in action. Robert is remembered on the Grove Academy, Broughty Ferry War Memorial and on a family gravemarker in Barnhill Cemetery, Broughty Ferry.

Second-Lieut. Robert Milne, R.A.F., who is officially reported missing since 11th August, is a son of Mrs Robert Milne, Braeknowe, Camphill Road, Broughty Ferry.  He joined a Training Reserve Battalion fully eighteen months ago, and was subsequently transferred to the Flying Corps.  Second-Lieut. Milne was formerly in the Union Bank, Dundee.

Can you tell us more about Robert Milne'? Some additional facts, a small story handed down through the family or perhaps a picture or an heirloom you can share online. Contact our curator...