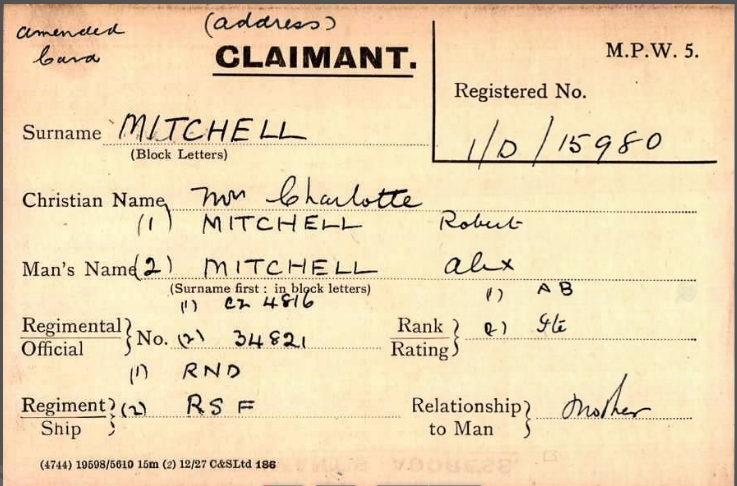 Private Alexander Mitchell initially enlisted in Dundee on 4th February 1916. He initially joined the General Service Cavalry however was subsequently transferred into the 2nd Bn of the Royal Scots Fusiliers and saw service in France. Prior to enlisting, he lived with his mother and siblings at 10 Kinlock Place, 105 Hawkhill, Dundee.

Mitchell was severely wounded by a gunshot wound to the head on the 21st January 1917 and treated at No. 16 General Hospital before being transferred to No. 3 Convalescent Deport on the 14th March 1917. He later died of his wounds and is interred in Warlincourt Halte British Cemetery.

Can you tell us more about Alexander Mitchell'? Some additional facts, a small story handed down through the family or perhaps a picture or an heirloom you can share online. Contact our curator...