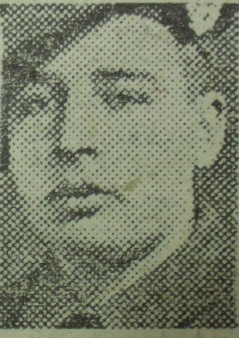 Charles has no known grave but is remembered on the Vis-En-Artois Memorial. He was the brother of Sapper William Mills Mitchell, 404258, 130th Field Company, Royal Engineers, who was killed in action, 10.04.1918.

Mr Charles Mitchell, 17 Blackness Street, has been informed that his son, Private Chas. Mitchell, Gordon Highlanders, has been killed in action.  Deceased was about 19 years of age, and enlisting in October last year he had seen four month’s service at the front.  He was formerly an apprentice mechanic in Grove Mills (Messrs A. P. Mathewson & Co.).  His brother William, who was a sapper in the R.E.s, was killed on 10th April this year.

Can you tell us more about Charles Shand Mitchell'? Some additional facts, a small story handed down through the family or perhaps a picture or an heirloom you can share online. Contact our curator...