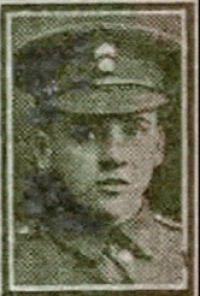 Alexander is also remembered on a family gravemarker within Barnhill Cemetery and also on the Grove Academy, Broughty Ferry, War Memorial.

For more information on Alexander, visit

Another Broughty Ferry soldier has gained an honour for a brave deed.  Sergt. A. E. Moir, Royal Fusiliers, has been awarded the Military Medal for a conspicuous act of bravery and devotion to duty in connection with signalling work.  The gallant Sergeant is the youngest son of Mr Alexander Moir, 13 Castle Terrace, Broughty Ferry, and is a former pupil of the Grove Academy.

Can you tell us more about Alexander Edward Moir'? Some additional facts, a small story handed down through the family or perhaps a picture or an heirloom you can share online. Contact our curator...