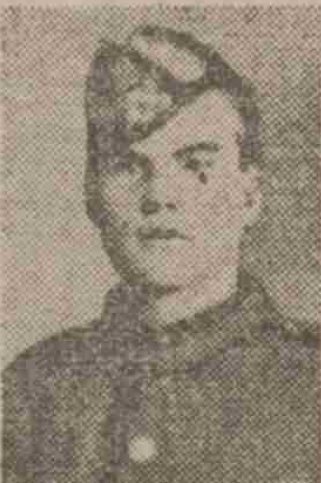 Pte. Andrew Mooney, Machine Gun Section, Argyll and Sutherland Highlanders, son of Mrs P. Mooney, 56 Couper St., Lochee, has died from wounds.  He enlisted in July, 1916, and had been 15 months in France.  Pte. Mooney was 20 years of age, and previous to enlistment was employed in Camperdown Jute Works.  A brother Patrick, is a member of the Royal Air Force, while another brother, James was discharged from the A. and S.H., twelve months ago.

Can you tell us more about Andrew Mooney'? Some additional facts, a small story handed down through the family or perhaps a picture or an heirloom you can share online. Contact our curator...