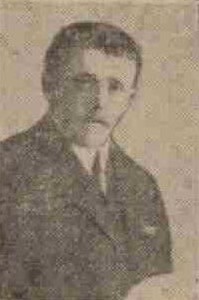 Can any member of the 4th Black Watch (Dundee’s Own) give Mrs Morrison, 36 Hilltown, Dundee, any information regarding her husband, Private Alexander Morrison, whom she believes to be missing?

She has had no word from him for three weeks, and as he was always a regular writer every week she is therefore anxious concerning him.  Private Morrison served in A Company.  Thirty years of age, he joined the Territorials on the outbreak of war, being previously employed as a carter in Dundee.

Mrs Morrison, 36 Hilltown, has received intimation from the War Office that her husband Private Alexander Morrison, Black Watch, who has been reported missing since 25th Sept., 1915, was killed on that date.  Prior to enlistment at the outbreak of war the deceased soldier was employed as a carter by the Carse of Gowrie Dairy Company, Dundee.  He was wounded in May, 1915, but recovered from his injuries, and was able to rejoin his regiment some time afterwards.

Can you tell us more about Alexander Morrison'? Some additional facts, a small story handed down through the family or perhaps a picture or an heirloom you can share online. Contact our curator...