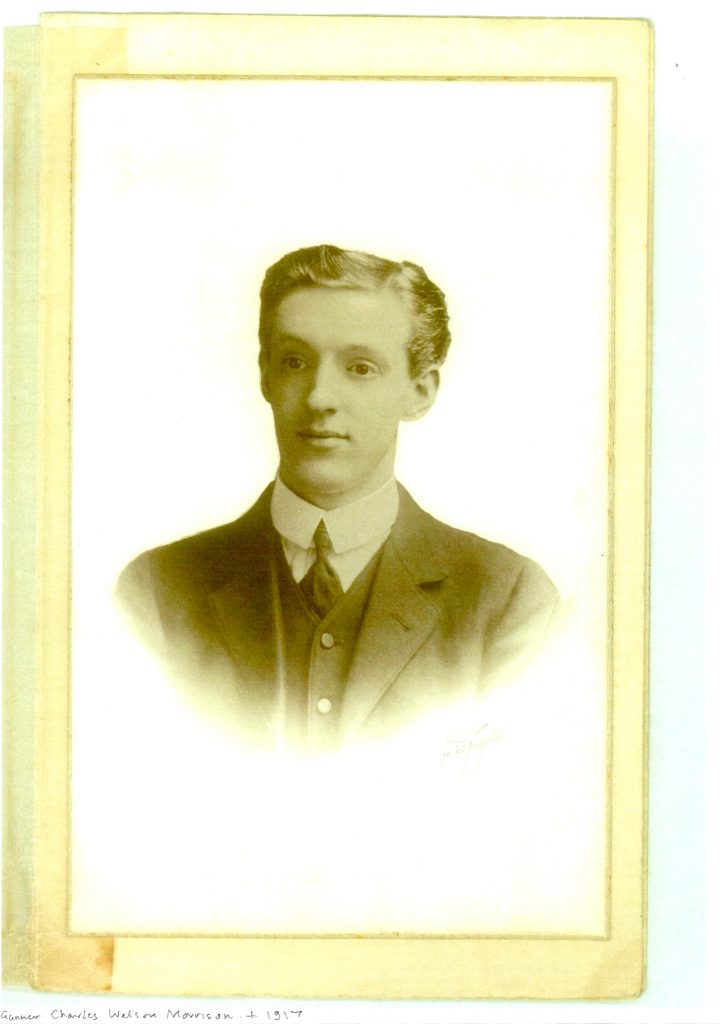 Sapper Morrison, who was 27 years of age, had been in France for fifteen months, and prior to enlistment served his apprenticeship with James Fullerton & Co., jute merchants, Meadowside, Dundee.

Two of deceased brothers are serving, Sergeant William Morrison came over with the Canadians, and Second Air Mechanic David Morrison, R.F.C., is at present in Salonica.

Can you tell us more about Charles Watson Morrison'? Some additional facts, a small story handed down through the family or perhaps a picture or an heirloom you can share online. Contact our curator...