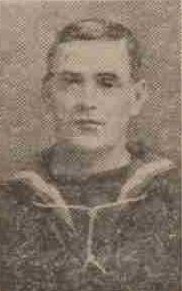 Mrs Morrison, 43 Nethergate, Dundee, had yesterday official intimation that her husband, Able Seaman David Ritchie Morrison, had died from jaundice.  Morrison enlisted shortly after the war broke out in the Drake Battalion of the R.N.V.R., and was wounded at the Dardanelles in May.  After three weeks’ treatment he returned to his duty.

Morrison was well known in Dundee as the “rescue” at the esplanade, and he held two parchments for saving life.

He is survived by a widow and three children.  “Davie” was a cheery soul.

Can you tell us more about David Ritchie Morrison'? Some additional facts, a small story handed down through the family or perhaps a picture or an heirloom you can share online. Contact our curator...