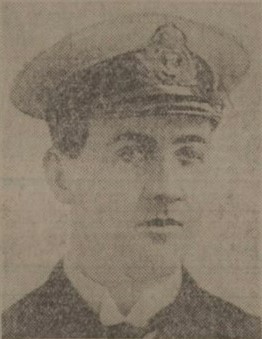 William died at Syra of Pneumonia following Influenza. He was a former pupil of Grove Academy, Broughty Ferry and is remembered on the schools war memorial.

News has been received in Dundee of the death at Syra, Greece, of Engineer-Lieutenant W. M. Morton.

Prior to the war the deceased was marine superintendent at Calcutta for Messrs Andrew Weir & Co., London and Glasgow.  Early in 1917 he returned home for the purpose of offering his services to his country.  He applied for a commission in the navy, and received the rank of engineer-lieutenant.  He was ordered East, and went as second in command at Syra Naval Dockyard, and had recently been in command of the yard.  He also held the rank of engineer-commander in the Royal Hellenic Navy.  He contracted illness, and died suddenly on 28th December.

The deceased officer was the youngest son of Mr David Morton, Lanfene Villa, Broughty Ferry, and leaves a widow (a daughter of ex-Bailie J. R. Christie, Broughty Ferry) and a young son.

Can you tell us more about William Mathieson Morton'? Some additional facts, a small story handed down through the family or perhaps a picture or an heirloom you can share online. Contact our curator...