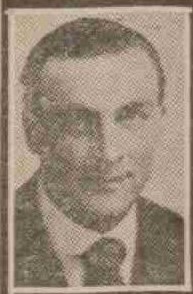 Robert’s death occurred on 3rd August 1917 at Redford Barracks, when he was attending to one of the horses. The horse gave him a nasty kick to the temple, from which he never recovered.

Gunner Robert N. T. Mudie, Royal Field Artillery, has met his death under sad circumstances at Redford Barracks.  He was kicked on the forehead by a horse, death being instantaneous.

Gunner Mudie, who was 28 years of age, leaves a widow and son, four years of age, to mourn his loss.  They reside at 177 Strathmartine Road, Dundee, while his sorrowing parents, Mr and Mrs Peter Mudie, reside at 18 Bellefield Avenue.

Prior to joining the army, Gunner Mudie was employed as a clerk in the Dundee branch of the Scottish Co-Operative Wholesale Society.

Can you tell us more about Robert Norrie Thomson Mudie'? Some additional facts, a small story handed down through the family or perhaps a picture or an heirloom you can share online. Contact our curator...