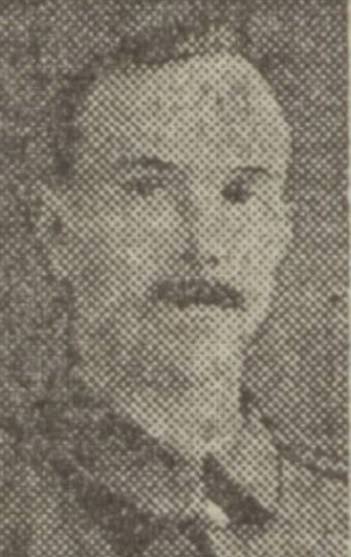 On 31st July 1917, the 39th Division, were to attack from the front line in the Hilltop and Wieltze sectors. The 116th and 117th Brigades would capture the German front line trench systems and a position from the left corner of Kitchener Wood to Corner Cot, behind the village of St Julien. Then, the 118th Brigade were to push on through Kitchener Wood and St Julien, cross the Steenbeek River and dig in on the far bank, consolidating a gain of some two miles. The 4/5th Black Watch were on the left of the 118th Brigade.
The attack began at 3.50 a.m. with the 4/5th reaching its position for the final advance at about 10 o’clock. The advance through Kitchener Wood and across the Steenbeek was relatively easy, and although shelling was heavy, casualties were few. On the Brigade’s right, the 1/6th Cheshire Regiment captured St Julien, but the 1/1st Hertfordshire Regiment, in the centre, was practically wiped out. Despite capturing its final objective, the 4/5th was compelled to withdraw to the Steenbeek in order to conform with the rest of the Division line, suffering heavily from artillery fire, and machine guns on its right flank. The battalion was not relieved until the following evening. ‘The weather had now broken and the men came down soaked through and through and plastered with mud from head to foot’. Going back into the line, conditions were described as ‘about the worst ever experienced’. It was raining hard and the mud was appalling.
By the time the 4/5th Black Watch was finally relieved on 6th August, the battalion was reduced to ‘a mere handful’; C Company only numbered one officer and six men. In all, the casualties were two officers killed, 14 wounded, and one missing; 41 other ranks were killed, 230 wounded, and 48 missing, making a total of 17 officers and 319 other ranks.
Numerous Dundee soldiers were included in these statistics. The obituaries posted this afternoon are representative of the men of the 4/5th who fought at Passchendaele.

201351 Pte. William Mulligan, 4/5th Black Watch, Harcourt Steet, Dundee, was posted as missing on 31 July 1917. He was 34 years old and had been employed in ‘The Courier’ machine-room before the war. Pte. Mulligan is commemorated on the Ypres (Menin Gate) Memorial, West-Vlaanderen, Belgium.

DUNDEE BLACK WATCH MAN MISSING. Mrs Mulligan, 17 Harcourt Street, Dundee, has received official notification that her husband, Private William Mulligan, Black Watch, has been posted missing since 31st July. Private Mulligan, who is 34 years of age, has been over a twelve-month in France, and has been through most of the offensives carried out during that time.
In civil life he was for twelve years a coal salesman with Messrs Muir, Son, & Patton, and before joining up was employed in the “Courier” machine-room. The Courier, Tuesday, 16 October 1917, 3.

Can you tell us more about William Mulligan'? Some additional facts, a small story handed down through the family or perhaps a picture or an heirloom you can share online. Contact our curator...