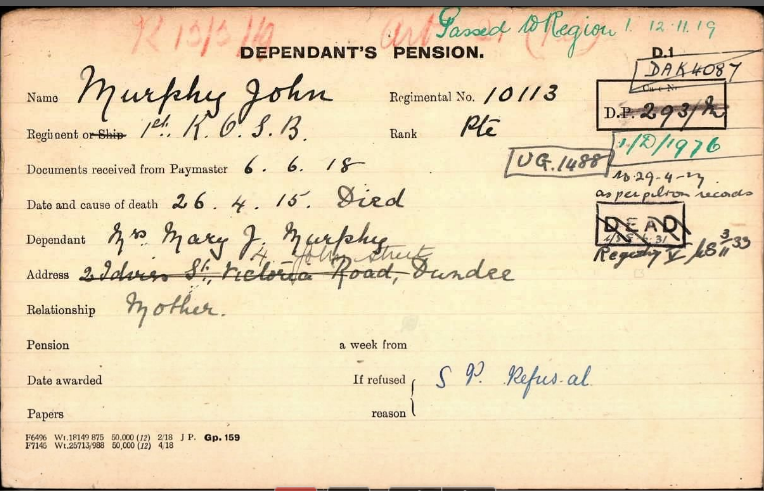 John has no known grave but is remembered on the Helles Memorial. He was also known as John Patrick Armstrong.

Mrs Murphy, 16 Crescent Lane, Dundee, has received intimation that her son, Private John Murphy, 1st K.O.S.B., has been missing since 29th May.

Private Murphy has served seven years with the colours, and was doing garrison duty in India when war was declared.

A younger brother of Pte. Murphy is also doing his duty for his country, he having joined the 4th Black Watch in November last.

Can you tell us more about John Murphy'? Some additional facts, a small story handed down through the family or perhaps a picture or an heirloom you can share online. Contact our curator...