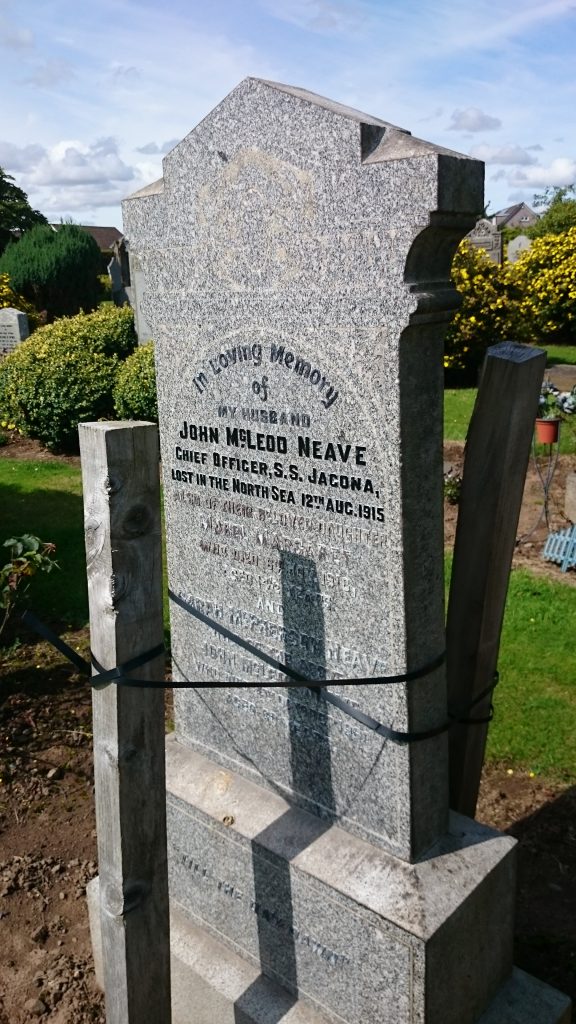 The S.S. Jacona was a British Merchant Steamer of 2,970 tons. On 12 August 1915 when en route from the Tees to Montreal she struck a mine and sank 25 miles North North West from Troupe Head, Banffshire with the loss of 29 of her crew.

Can you tell us more about John McLeod Neave'? Some additional facts, a small story handed down through the family or perhaps a picture or an heirloom you can share online. Contact our curator...