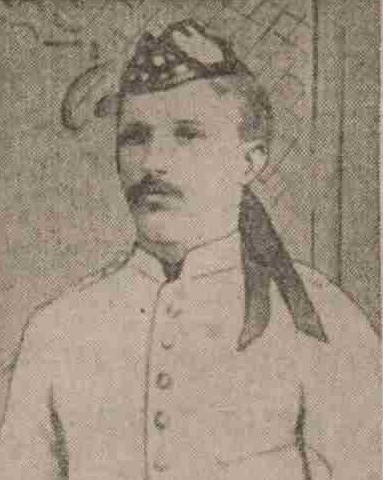 William has no known grave but is remembered on the La Ferte Memorial. He was the brother of Sgt, Alexander Ritchie Neave, S/8212, 2nd Battalion Gordon Highlanders, who was killed in action, 05.09.1916.

In a letter to his mother, who resides in Anderson Lane, Lochee, Private Chas Neave, of the Gordon Highlanders, intimates the death of his brother, Private William Neave, while in action.  “Willie,” he writes, “was killed in his first engagement on the 9th, and was joking to the last.”  Private Wm Neave, whose photo we reproduce, went through the South African War as one of Lord Kitchener’s Scouts, and was awarded the South African Medal and bar.

Can you tell us more about William Neave? Some additional facts, a small story handed down through the family or perhaps a picture or an heirloom you can share online. Contact our curator...