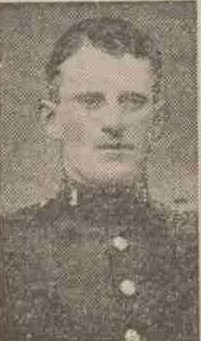 Private John Neilson, 2nd Black Watch, was reported wounded on 9th May.  Nothing was heard of him until his brother, Private Alex Neilson, of the same Battalion, who is lying in hospital in Aberdeen, received a letter from a comrade at the front stating that when on patrol duty he found the body of John on the battlefield on 6th July, where it had lain for two months.  Besides other marks of identification a letter from his sweetheart was found on the body.

Private Neilson had served seven years with the colours, and was 26 years of age.  Both brothers, who are natives of Methil, went to France with the Indian Expeditionary Force.

Can you tell us more about John Neilson? Some additional facts, a small story handed down through the family or perhaps a picture or an heirloom you can share online. Contact our curator...