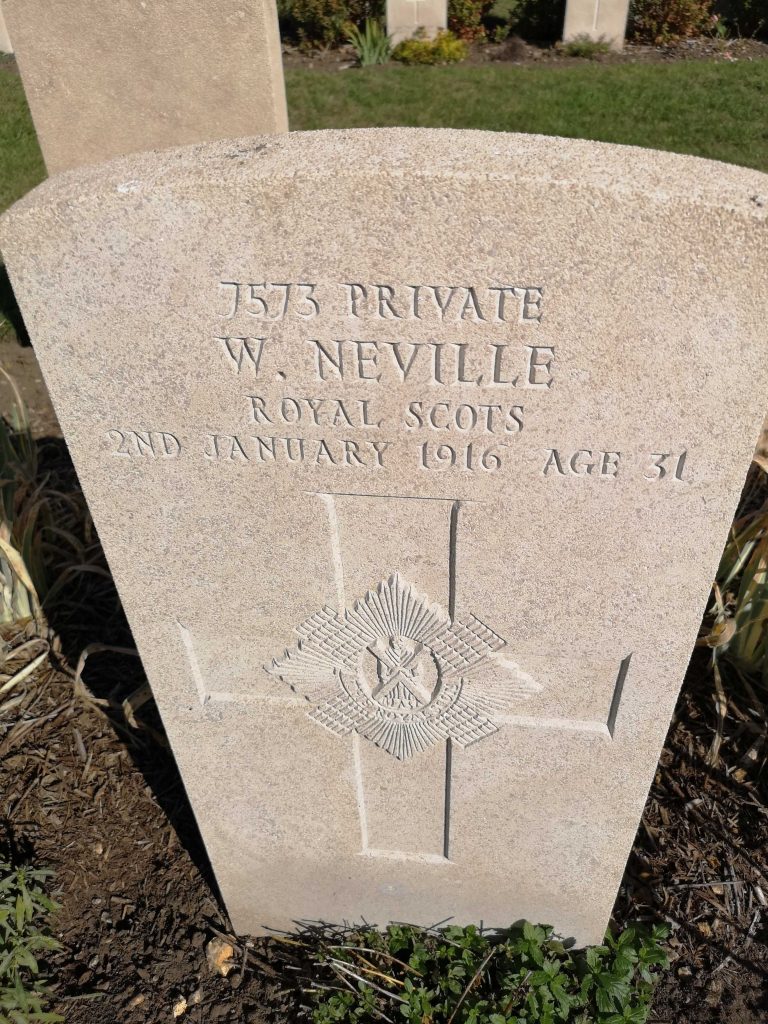 Private William Neville, of the Royal Scots, has died of wounds received in action in France recently, had been at the front since the beginning of the war, and was wounded in November, 1914.  He was 30 years of age and married, and resided at 64 Polepark Road, Dundee.  A widow and one child are left to mourn his loss.

Can you tell us more about William Neville'? Some additional facts, a small story handed down through the family or perhaps a picture or an heirloom you can share online. Contact our curator...