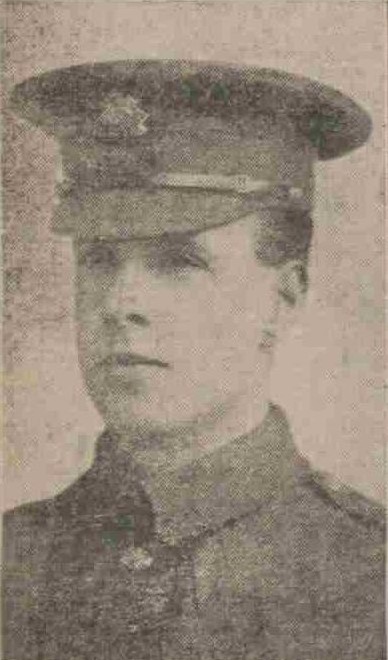 WITH HIS FACE TO THE FOE.

Intimation of the death of Private Stanley Gordon Nicoll, of the Scots Guards, has been conveyed to his parents in a sympathetic letter from Corporal Owen Hughes.

Private Nicholl was a son of Mr James Nicoll, 4 Whitehall Street, of the firm of Nicoll & Smibert, Ltd., bakers, Dundee, and he enlisted in the Scots Guards shortly after the outbreak of war.  He was previously engaged in business with his father.

In the course of his letter Corporal Hughes, who was formerly a police constable in Dundee, says :–”I saw Stanley lying with his face towards the German lines.  Poor chap, he must have been killed on the spot.”  To Corporal Hughes fell the mournful duty of sending home to Private Nicoll’s parents some of his property.

Can you tell us more about Stanley Gordon Nicoll? Some additional facts, a small story handed down through the family or perhaps a picture or an heirloom you can share online. Contact our curator...