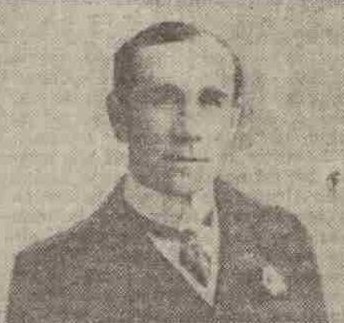 For more information on William, visit Williams Service Record. William has no known grave but is remembered on the Lone Pine Memorial.

Private W. Hamilton Nicoll, of the Australian Contingent, a son of Mr John M. Nicoll, 7 Paradise Road, Dundee, has been killed at the Dardanelles.

Mr John M. Nicoll, 7 Paradise Road, of the firm of Messrs George Girdwood & Company, stationers, has received the sad intelligence of the death in action of his son Private William Hamilton Nicoll, of the 12th Battalion Australian Expeditionary Force.  Private Nicoll, who was 33 years of age, was a journalist on the special staff of the Perth (Australia) “Truth” when war broke out, and, fired by the call for volunteers, he at once enlisted in the 12thBattalion.  He spent six months in Egypt undergoing training, and then proceeded to the Gallipoli Peninsula, in which he was killed.  He had been nine years in Australia, and was highly esteemed in the town of his adoption, in the affairs of which, as befitted a member of his profession, he took a keen interest.  Before emigrating, he was well known in Dundee athletic circles and attained a considerable reputation at the Gymnasium as a long leaper and high jumper.

Can you tell us more about William Hamilton Nicoll'? Some additional facts, a small story handed down through the family or perhaps a picture or an heirloom you can share online. Contact our curator...