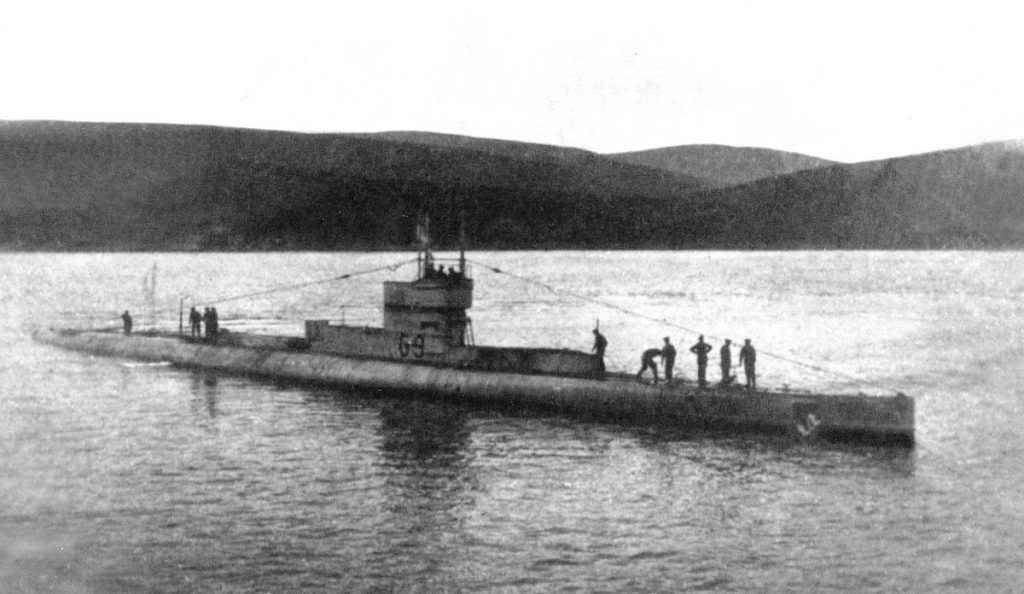 H.M.S. G-9 was a G Class Submarine, one of eight Royal Navy Subs known to have been lost to friendly fire during WW1.

In a tragic story of friendly fire, James along with all but one of his fellow crew members died when G9 was sunk by the destroyer HMS “Pasley” in foul weather on the night of 16 September 1917. G9 had mistaken Pasley for a U-boat and fired two torpedoes at her. The first struck Pasley on her starboard quarter, but too acutely to detonate; the second passed astern. On seeing the submarine’s wash, Pasley’s officer of the watch, Midshipman Frank Wallis, RNR, turned hard to starboard and rammed G9 just aft of amidships all but cutting her in two, and she sank in less than a minute. Just Stoker William Drake survived the incident. Read the full story on Wikipedia…

Can you tell us more about James Rollo Macrossen Nicoll'? Some additional facts, a small story handed down through the family or perhaps a picture or an heirloom you can share online. Contact our curator...